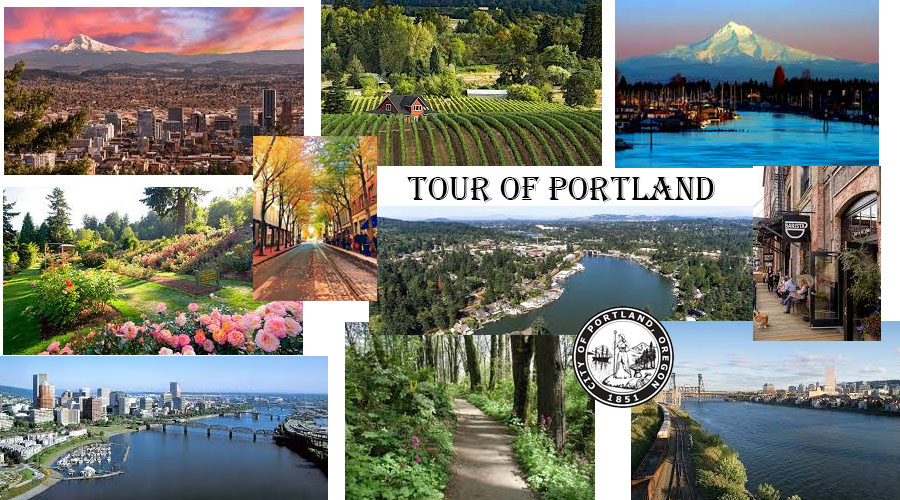 I started giving Portland Neighborhood Tours back in 2006.  I realized that Portland is a huge spread out city, with over 100 little neighborhoods, each with it’s own personality, lifestyle and uniqueness.  Not only that, there are 50 or more suburbs of the Portland Metro area, some really close in, but all within less than an hour from Portland.  Each of these suburbs has lots to offer too.  I found myself drawing maps for people, explaining how the city was divided by the Willamette River and Burnside, where the boundaries were for the really hot expensive neighborhoods, and where those boundaries ended.  It took quite a bit of time, but I considered it part of my job to educate my clients on the city they were going to live in through Portland Neighborhood Tours.  If I didn’t help them understand the differences in the neighborhoods, how would they be able to discern which one fit their needs the best?  Thus the Portland Neighborhood Guide was born!  Wendy and I wrote most of the neighborhood guide. It was a daunting task!  We wanted to convey the

culture, the geography, the lifestyle of each neighborhood, as well as share the parks, trails, festivals and other community features that each neighborhood offered.  It took us a year, from 2006 through 2007. We decided to include the west suburbs and countryside, which added a whole other dimension.

It was wonderful!  We work with lots of people from out of town who are relocating to the Portland area, and would send emails and listings back and forth, preparing for their visit, so they would have an understanding of what we were going to look at, and could give us input as to what they liked or disliked about a certain house or area.  Now we could start attaching the guide for that neighborhood, along with the houses we sent.  That way they could read about the little neighborhood, see maps, parks, trails, schools, commute time and lifestyle before they came.  It helped them to have a better understanding of where they wanted to live.  We did the same with the suburbs.

But time goes by quickly, and now it is 2018!  The neighborhoods have changed and evolved. Many that were on the fringes are now super hot.  The whole Portland Metro area, including the suburbs, has reached out and added parks and trails, and community gardens and festivals.  Schools have changed.  The guide had to be updated!

So during the fall, winter and spring of 2017-2018, Wendy and I buckled down and redid the whole Portland Neighborhood Guide, not only completely rewriting all that we had done before, but we added the whole east part of Portland, all the way to the Cascade Mountains, and all the way down past Canby to the south.  We also added the west portland countryside almost to Astoria into the Portland Neighborhood Tour.  There are many people moving to Portland that want a little bit of land.  Land is expensive here because of the Urban Growth Boundary, which was instituted to protect the farmland, forests and greenspaces. It is what keeps Portland special.  There are no sprawling suburbs covering all the beautiful farmland around Portland.  But it also creates a problem, because an acre or two of land is very hard to find.  And lots of people want it!  Adding the outer East Countryside, and Columbia County that goes out along the Columbia River, plus the far out west Countryside like Amity, Sheridan and Willamina, adds the potential of affordable acreage.

I hope you enjoy the neighborhood guide as you peruse through it.  We would love to answer any of your questions, show you around, and if you are wanting to buy a house, we can set up a tour of different areas you are interested in learning more about.  That is what we specialize in; I have been giving Portland Neighborhood Tours to buyers since 2004.  We love sharing our knowledge of Portland with Portland Neighborhood Tours those who are wanting to move her. I am originally from NYC, lived in Seattle, Europe…all over the place.  But I have been in Portland for 22 years now, and it is the place I love and call home!